AMC is the world’s largest movie chain. Not surprisingly, the COVID-19 pandemic drastically hurt its business and the company is struggling to stay afloat. Its predicaments is seen in the stock price over the past year. The stock fell from a high of $7.76 in February 2020 to a low of $2. Can AMC become a dramatic comeback story, or will it succumb to COVID lockdowns?

How is AMC staying afloat during the pandemic?

One question that’s top of mind for investors is how AMC is surviving during the pandemic with almost all of its theatres closed. The answer is lots of share dilution and debt raising. AMC’s outstanding class A shares went from just under 55 million shares in June 2020 to more than 200 million shares today (the company just filed to sell another 50 million shares earlier this month). Along with this, AMC’s long term debt grew by over $1B from Q4 2019 to Q3 2020 (9.74B to 10.8B). This debt comes with a hefty price. For example, a $500 million debt raise in April 2020 came from selling bonds with a 10.5% interest rate. A $100 million debt raise this month from Mudrick Capital Management came with a 15% interest rate.

The company is burning about $100 million a month. With the existing cash on its balance sheet, it needs $750 million more this year to stay afloat, assuming its theatres remain mostly closed. One should expect the company to continue diluting shares and raising debt. 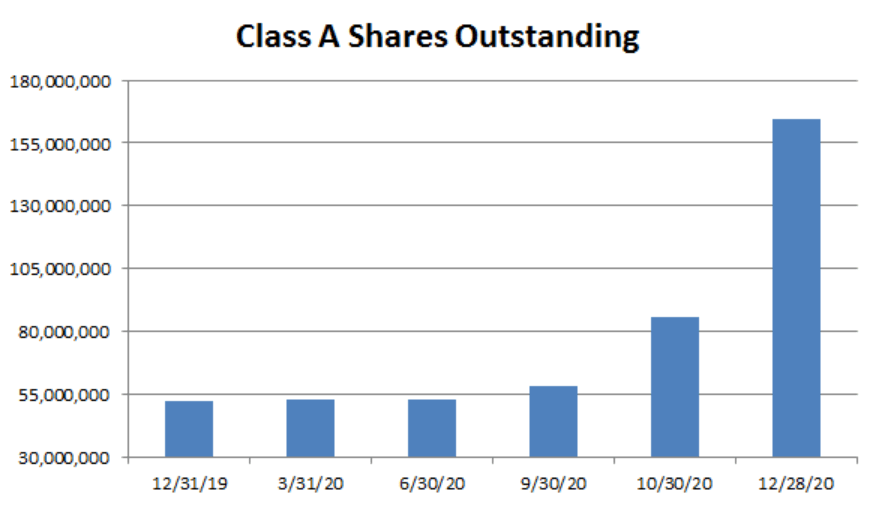 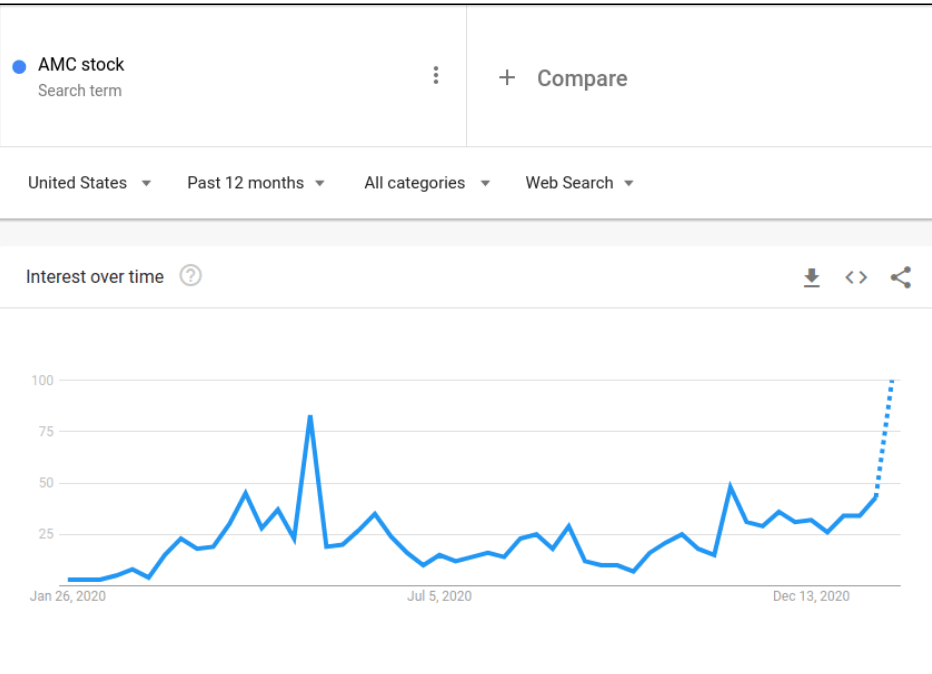 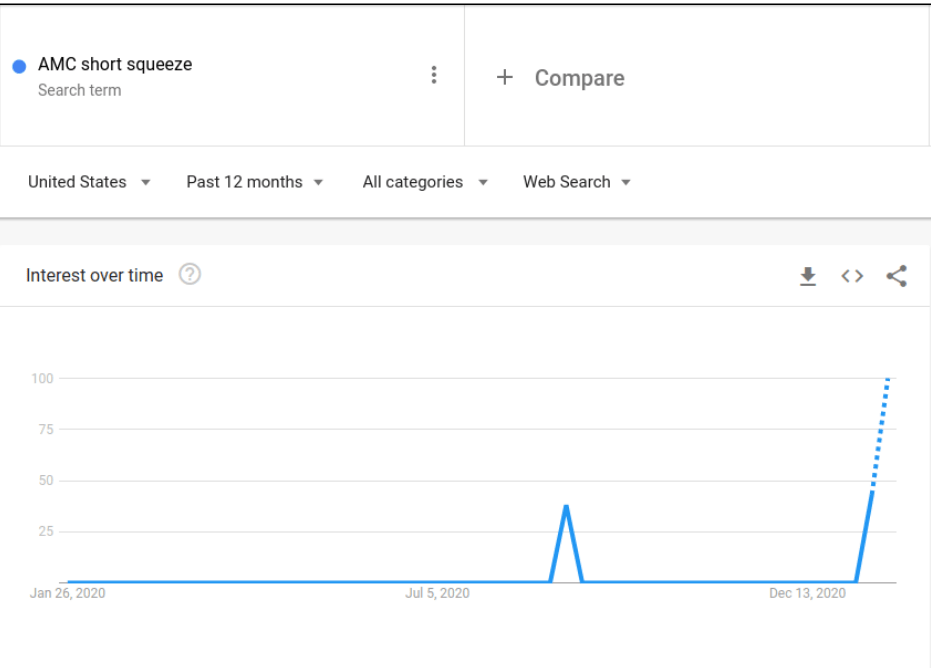 In the short term, Google search interest for the stock is picking up and with GameStop's recent unstoppable performance on the back of a “short squeeze” narrative, investors are surely looking to jump to the next distressed company stock.

In the long term, if the pandemic lockdowns continue past 2021, AMC's risk of insolvency increases dramatically. In addition, it’s unknown how consumers will react to films releasing on streaming services on the same day as their theatrical releases. If consumers choose to stay home over going to theatres for new film releases, AMC’s post-pandemic outlook is bleak as its business experiences a structural decline while it has to contend with the high interest debt accrued during the pandemic.