FinanceTLDR
Software Engineer and Finance Blogger
"An investment in knowledge pays the best interest." - Benjamin Franklin
GameStop BUY/SELL/HOLD? One-Pager
A Portfolio For The Next 20 Years
Why did PLTR sell off at Year-End?
View All

Palantir's (ticker: PLTR) stock price increased by more than 150% since its direct listing in September last year. It's no wonder investors are excited about the stock and have high expectations. Can PLTR meet these expectations? 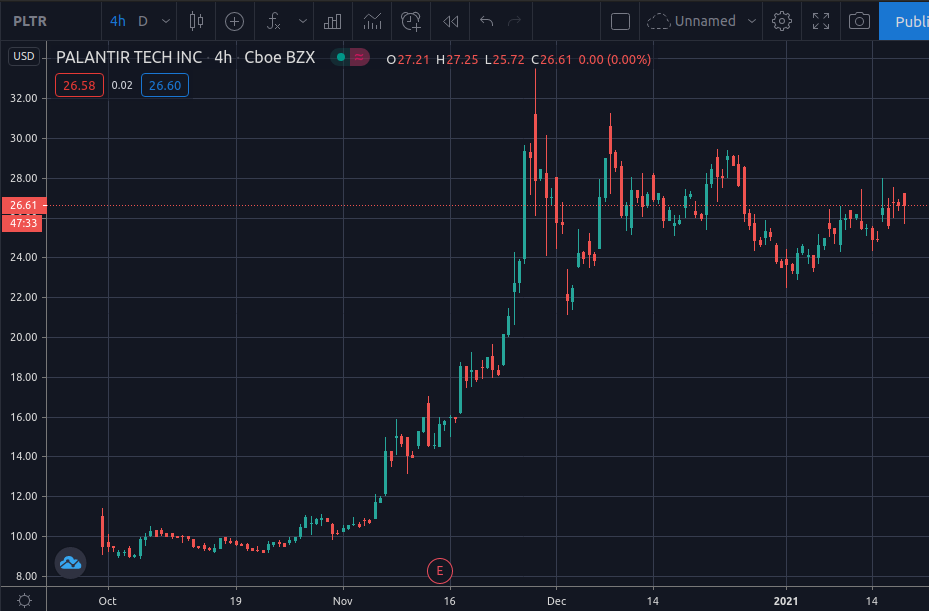 Hold on, what does Palantir do?

Palantir is a SaaS (software as a service) company that provides governments and companies with advanced data analysis tools. In other words, Palantir gets paid to help organizations understand their disparate data in novel and valuable ways.

Palantir's products replicate and restructure an organization's messy data sets into one cohesive data set that algorithms and humans can derive interesting insights from. To this end, Palantir has three main products:

It's unlikely for PLTR's price to increase significantly leading up to the expiry of the lock-up period. However, I would enter a long position a few days before the event expecting that it becomes incredibly bullish once we're past it. With most of the R&D for its core product line-up complete, I expect strong growth from PLTR in the next few years as it aggressively acquires new customers and grows the contract sizes of existing customers.